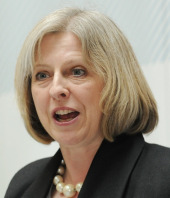 The UK’s recent change of government will no doubt be getting the thumbs-up from supporters of computer hacker Gary McKinnon, after it was announced that the new Home Secretary, Theresa May, has put his extradition to the United States on hold.

Both the Conservative and Liberal Democrat parties (who have formed a coalition government in the UK) had expressed sympathy with McKinnon’s plight while they were in opposition.

The adjournment of the previously-planned judicial review will give the incoming Home Secretary time to examine medical evidence that McKinnon could be too vulnerable to cope with extradition to the United States.

Last week the hacker’s mother, Janis Sharp, who unsuccessfully stood against Jack Straw in the general election, spoke of her optimism that the new British government will be more sympathetic to her son’s plight.

McKinnon has become something of a cause celebre with figures such as Sting, London Mayor Boris Johnson, former Beirut hostage Terry Waite, Pink Floyd’s David Gilmour, and Julie Christie amongst those supporting his fight to avoid extradition.