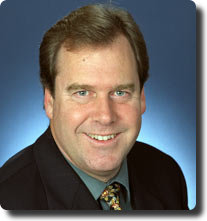 Google is back under the pump in Australia over its recent WiFi muck-up. The search juggernaut’s Street View cars apparently recorded – by accident – some 600GB of unencrypted WiFi data whilst tracking and storing access point names and MAC addresses for its online service. News over the weekend suggests that Australian Attorney-General, Robert McClelland, will be asking the Federal Police to investigate. The AG claims to have received numerous complaints, and seems to think that Google may have breached Australia’s Telecommunications Interception Act.

It’s good to see the Australian public service taking the fight to Google over its widespread collection and use of otherwise-public data, but I would prefer to see our Federal parliament taking on the broader privacy issues opened up by Street View. Most important of these is whether or not we ought to curtail the general right to take and to redistribute public photographs, given the ease with which the information in published pictures can these days be mined and milked.

Google is far and away the richest and most powerful organisation currently attempting this, with the most powerful fleet of computers for indexing and analysing the images captured, and one of the the most extensive networks for publishing them in searchable form. But Google is not alone in taking advantage of the ease with which pictures can be snapped in public and published to a global audience. If you’ve ever walked down George Street in Sydney, past the surprisingly pleasant nineteenth-century architectural sequence of the Queen Victoria Building, the Town Hall and St Andrew’s Cathedral, you have probably been captured on dozens of tourist snapshots and videos each time you’ve passed by. Any number of those pictures will have ended up on-line, shared to a massive audience for the taker’s delight, usually without the slightest concern for the privacy of any strangers who happen to be in shot.

You can’t, or you shouldn’t be expected to, give up your right of pedestrian access to the centre one of the world’s most spectacular cities just to ensure that you maintain such privacy as you reasonably deserve. Instead, it’s time for the majority of the camera-wielding, Facebook-loving public to learn to think of the privacy wishes of the minority when they upload their snaps to the web.

And, since it’s Cybersecurity Awareness Week, this would be a good time for the Federal Government to take a much more general stance on social attitudes to “public privacy” than simply sticking the cops onto Google.

Incidentally, ensuring your WiFi privacy is much easier than keeping your mug out of ten thousand touristic happy-snaps. Don’t let Google, or anyone else, snoop on your wireless transmissions, whether by accident or by design.

Secure your WiFi access point TODAY. I’ve already published some advice on what works (and what does not), which I’d urge you to read.