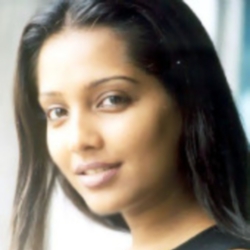 Glamorous Bollywood actress Meghna Naidu has contacted the computer crime police in Mumbai, after her email and Facebook account were compromised by a hacker.

31-year-old Naidu, who I’m reliably informed is well known as a “sizzling hot Bollywood babe” in the subcontinent, lodged a complaint with the Cyber Crime Investigation Cell (CCIC) after friends reported receiving messages from her Gmail account claiming she was pregnant “from a fling with a guy whose name she couldn’t remember”.

When the messages purporting to come from the actress said that she was planning to abort the child, and used foul language about various Bollywood actors, Meghna Naidu’s friends rapidly became suspicious.

“My friends realised that it wasn’t me chatting with them. Then they called me up and informed me. On Tuesday, I registered a complaint in this regard. I want to know who the hacker is and why he maligned me. The IP addresses of the computers from which the chat messages were sent have been traced to Byculla and Pune,” Naidu was reported as saying, adding that earlier her Facebook account had also been hacked.

It sounds to me that someone was causing some mischief at the actress’s expense – no doubt helped by some poor practices when it came to choosing and securing her password.

You may not have as many internet admirers as Meghna Naidu, but do make sure that you have chosen a hard-to-crack password for your online accounts, and that you are running up-to-date security software to defend your privacy.