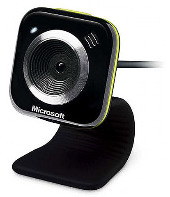 FBI agents have arrested a man accused of hacking into more than 100 computers, and using personal information stolen from them to extort sexually explicit videos of young women and teenage girls.

31-year-old Luis Mijangos, of Santa Ana, California, was apprehended by the authorities after a six-month long investigation into his involvement in computer hacking, identity theft and voyeurism.

Computer forensics experts at the FBI claim that Mijangos infected more than 100 computers being used by approximately by 230 individuals with spyware. At least 44 of the victims are said to be juveniles.

It is alleged that Mijangos found his victims by sharing malware on peer-to-peer (P2P) file-sharing networks disguised as popular songs. Once the victims’ computers were infected, the malware would attempt to spread itself further in the form of poisoned instant messages.

According to the FBI, Mijangos also told his victims that if they went to the authorities he would retaliate by releasing the intimate photos and videos to their friends and family.

Thank goodness that one of the individuals concerned did eventually call the police.

According to an Associated Press report, Mijanos admitted the hacking – but claimed he was doing it at the request of the victims’ boyfriends and husbands to determine if the victims were cheating on their partners.

Of course, there have been plenty of other cases in the past where hackers have taken remote control of innocent users’ webcams in order to spy upon them.

For instance, in early 2005, Spanish authorities fined a student who captured movie footage from unsuspecting users, and arrested a 37-year-old man who spied on victims via a webcam while stealing banking information. The following year, Adrian Ringland, from the British town of Ilkeston, Derbyshire, was sentenced to jail for ten years after admitting posing as a minor on internet chatrooms and using spyware to take explicit photographs via children’s webcams. And in 2008, a 27-year-old Canadian man was charged with using spyware to take over the webcams of women as young as 14 and coercing them into posing naked for him.

It’s worth noting that the problem of poorly-defended PCs does not just affect young home users, but workers too.

Home and remote workers use computers often equipped with webcams and may have lax protection in place. The danger of people using a ‘work’ computer for non-approved use such as P2P file-sharing and instant messaging chat are well documented. Companies should deploy application control technology to set a strict policy as to which programs, such as chat and P2P clients, can be used by their employees.