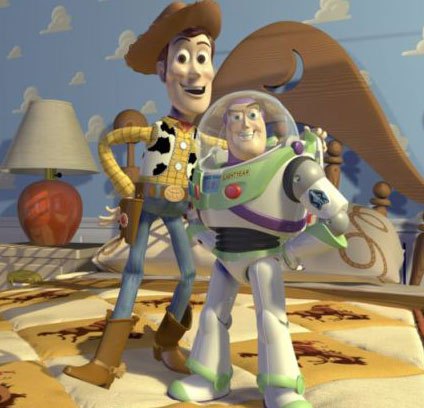 The recent release of the Toy Story 3 movie is making waves not just because of its ability to make middle-aged men weep, but also because of a message that is being shared far and wide across Facebook:

Hardly ANYONE notices this when watching Toy Story 3

As the message appears to have been posted by one of your Facebook friends, you may well be curious to see what it is that he or she is pointing to, and click on the link.

Clicking on the link, however, takes you to a page which insists that you “Like” the page before showing you the “sick hidden message” from the blockbuster Pixar movie. Of course, if you “Like” the page you are – in effect – advertising it to your fellow Facebook friends. But the page doesn’t stop there, it also insists that you endorse the page further by sharing the link in a post to your Facebook wall. It’s frankly alarming how many people will go along with this even though they still haven’t seen any “shocking picture” and have no idea what it may be that they are promoting (or indeed on whose behalf they might be promoting the page).

The motive for this scam, which already appears to have recruited hundreds of thousands of fans, is to direct unsuspecting users to an online survey (which you are told is compulsory if you wish to view the Toy Story 3 content). The scammers make money for the traffic they bring to the survey, and the survey-makers will benefit from collecting your data.

You, however, should refuse to play ball.

Don’t agree to “like” or “share” pages which you don’t have a good reason to approve. If you have fallen for a scam like this, ensure that you delete references to it in your news feed and remove the application from the list of pages that you “like”.

After all, what good reason is there to share this scam with your friends?

The scam echoes one which Dan Raywood of SC Magazine wrote about earlier this year posing as “Disney’s Most Shocking Hidden Message”.

You must take care when you’re online, and I would urge frequent Facebook users to consider joining the Sophos page on Facebook to be kept informed of the latest security threats.