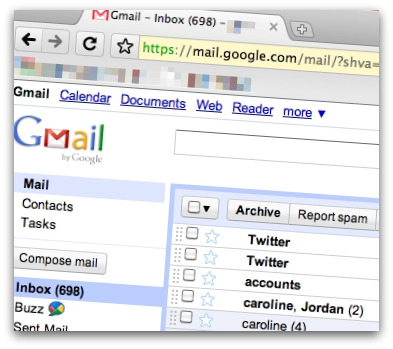 Gmail users who run Google Chrome are up in arms today following the launch of the new Gmail priority inbox service.

Not because the feature doesn’t work for internet users who’ve chosen the Chrome browser to access their email, but because Google appears to have promoted the service in a cack-handed way which has scared some of their customers into believing they have a virus. Plenty of Gmail/Chrome users have posted their concern about the 1920s-style ragtime jazz music which began to automatically play when they opened their email accounts this morning:

The music, however, wasn’t connected with a piece of malware. Instead it’s the music from a video Google created to promote the new Priority Inbox feature in Gmail. Presumably it’s playing invisibly for some users because of an incompatibility with the Chrome browser – which is kinda embarrassing considering Google are the creators of both Gmail and Chrome.

Google says it’s working on the issue – but if you’re suffering right now from an overdose of ragtime music, you might want to access your Gmail using a different browser.

And if you feel that you’ve missed out by not hearing the music, here’s the video from Google:

A similar phoney virus scare sparked off earlier this year when the cool-cats at Google changed their famous logo to a playable version of the legendary Pacman game.