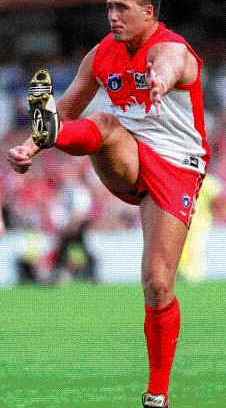 The dust has finally settled on the Australian federal election. As everyone ought to know, the previous ruling party, and the previous Prime Minister, managed to cling somewhat precariously to power. They didn’t really win, since they ended up with fewer than half the seats in the House of Representatives. But they didn’t lose, either, thanks to the help of a couple of independent MPs. It was, quite literally, the closest possible result in the lower house, at 76-74 – the political equivalent of kicking a goal after the siren.

Interestingly, it looks as though I was right when I wrote, somewhat cynically, about the outcome in advance of the election. Broadband access ended up being both a furphy and a key issue in the final result.

Independent Tony Windsor was the second-last MP to declare his allegiance after the election, bringing Labor’s support to exactly half of the House, and thus ensuring that the Opposition could not acquire a majority. Mr Windor’s own press release trumpets the importance of broadband, stating explicitly (if somewhat regally in the third person) that “the delivery of broadband services to regional Australians was […] a key issue in Mr Windsor’s decision.” [1]

Australia, ironically for its size, is one of the most urbanised countries in the world, with the the Australian Bureau of Statistics dividing up the population into Major Cities (68.6%), Inner Regional (19.7%), Outer Regional (9.4%), Remote (1.5%) and Very Remote (0.8%) [2]. Nearly 89% of Australians live in Cities and Inner Regional areas, but the National Broadband Network Company (NBN Co) is offering to include just 93% of Australians in its new broadband plan [3]. The remaining 7% are going to have to manage with wireless and satellite connections.

If we assume, quite reasonably, that the 89% of Major City or Inner Regional dwellers are likely to get the vast majority of new broadband connections under the new plan, that leaves just four percentage points’ worth of new connections to be distributed amongst eleven percentage points of rural population. Since Mr Windsor’s electorate, New England [4], falls almost entirely into the Outer Regional category [5], he’s going to have to hope that his loyalty to the Labor Party, and his faith in the broadband promise to his electorate, is repaid by a disproportionately favourable outcome in the rural locations chosen for the deployment of new connections.

In short, if Mr Windsor is to remain happy with his decision, the pressure really is on the goverment, and the taxpayer, to make a success of the AU$43,000,000,000 NBN project. That’s not going to be easy.

Firstly, we don’t seem to know quite what we want to do with this fantastic new network. Even NBN Co itself doesn’t offer much more that to say that “broadband access enables consumers to take full advantage of new communication tools and next generation applications.” [5]. It seems that we’re jolly well going to find something to do with all our newly-found bandwidth, even if it turns out to be no more intellectually satisfying and democratising than our previous batch of “next gen” applications such as Facebook and Twitter, or no more useful than letting us watch loads more TV.

Secondly, we’re still not seeing enough mention of the word security in the context of the NBN. In fact, we’re hardly seeing it at all. (There is a silver lining to this, since it means we haven’t been hearing much about the government’s rightfully-derided internet censorship proposal, which vanished from the political radar during the election campaign.)

So, at the risk of being repetitive, why not download our latest Threat Report, and our cool Threatsaurus booklet, and satisfy yourselves that security is important, and that a few simple precautions can greatly improve your resilience to cybercriminality, regardless of the speed at which you access the internet?

Don’t wait for the issue that chose our government to turn into an issue which puts you, your colleagues, your friends and your family at risk online.