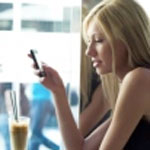 Facebook announced a new feature yesterday, which claims to give you another way to keep your social networking account secure.

"..make it safer to use public computers in places like hotels, cafes or airports. If you have any concerns about security of the computer you're using while accessing Facebook, we can text you a one-time password to use instead of your regular password."

Facebook explains that by sending an SMS text message of “otp” (one-time password, y’see?) to 32665 on your mobile phone, you’ll be sent a temporary password to your account that will expire after 20 minutes. Of course, you’ll need to have registered a mobile phone number with your account.

That means that even if malware manages to grab your password as you type it in, it will only be valid for a short period of time.

The service isn’t yet rolled out to everybody (and it’s unclear to me whether it will work outside of the United States), but I have some concerns.

1. How often have you mislaid your mobile phone? If you’re anything like me, quite often I’ll wager. If someone else is able to gain access to your phone (and you haven’t locked it with a password to prevent SMS texts being sent) than that’s an open door for mischief-makers to access your Facebook account. Of course, they would still need to know your email address – but if you leave your cellphone unattended in the workplace or at a social gathering then that shouldn’t be too difficult for an unwanted intruder to determine.

3. If you believe a computer might not be secure why are you using it to access Facebook? A temporary password may stop keylogging spyware giving cybercriminals a permanent backdoor into your account, but it doesn’t stop malware from spying upon your activities online and seeing what’s happening on your screen. What’s so important to check on Facebook that you would risk using a PC that doesn’t belong to you, and whose security you’re unsure about?

Yes, there is a very real problem with Facebook users accessing their accounts from insecure computers, and having their credentials stolen as a result. And Facebook’s one-time password scheme does provide some protection against that.

Maybe next time you’re in a cybercafe or sitting in front of an unknown computer you should just wait until you’re on a PC that you’re more confident has been kept up-to-date with anti-virus software and security patches. Now wouldn’t that be a good idea?