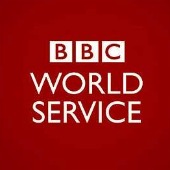 Earlier this week I appeared on “Digital Planet”, a fun and friendly technology show broadcast every week on the BBC World Service and also available as a podcast.

I made an appearance via Skype to discuss the Stuxnet worm, which has been making the headline because of fears that it could target nuclear power plants. Hopefully the interview by Gareth Mitchell, puts things in their correct context and helped dispel some of the hype and rumours regarding who might have been behind the Stuxnet attack.

But you can decide for yourself by listening to the show.

“Digital Planet” is a real find, and well worth subscribing to if you want to follow the latest technology stories. You can subscribe to podcasts of the latest shows via iTunes or the the show’s own RSS feed if you wish.