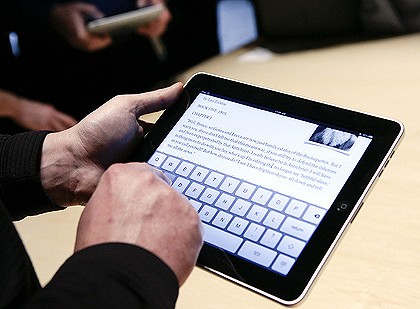 Major Australian media outfit Fairfax ran a story throughout the weekend warning about “Apple store infection risk”. This was understandably a hot story across most of its dailies, including the Sydney Morning Herald, Melbourne Age, Brisbane Times and WA Today.

My eyes jumped open at this – I was in Singapore on Friday and spent all of Saturday in the air, returning to Sydney.

Had I missed the start of the first big Apple malware outbreak? Had that outbreak started in my home town? Should I rush into the Lab in an effort to appear important?

I wasn’t surprised by the idea of an outbreak (or what we think of as an outbreak these days) centred on Apple Stores. Apple has a pleasantly laidback attitude to evaluation in its stores – they really want you to try their products, since they really are easy to use, and the proof of the pudding really is in the eating. So when a one-click iPhone jailbreaking tool appeared online recently, it was an instant hit, including with miscreants who made a point of liberating iPhones in their local Apple Stores.

(Don’t do this. Like me, you might think that Apple should embrace its techie fans and provide an official means for jailbreaking, albeit under revised warranty conditions. This would allow the small minority of jailbreakers to enjoy their devices to the full without the need to find and use – and thereby inadvertently to document – exploits. But the devices in an Apple Store aren’t yours. They belong to Apple and you are allowed to play with them through Apple’s goodwill. Show some respect.)

So it’s not inconceivable that a spam campaign or the beginnings of a malware outbreak might start from an Apple Store. After all, an Apple Store is, at least in part, a large and very groovy internet cafe. Apple Stores take numerous precautions to prevent their properties being used for malicious ends, but there is always a small risk of something going wrong, if only for a short while.

That’s not what happened here. Stand down from beige alert.

Turns out that the story concerns the risk of infection by biological pathogens left on the glass surfaces of Apple’s touch-based products by previous users, not infection by rogue computer code.

The moral of the story: wash your hands before you play with the shiny toys in the Apple Store (if you wish to protect others from you), and afterwards (to protect yourself from everyone else).

Don’t be a disease-spreader. Follow obvious and well-documented hygiene practices. Just like taking anti-malware precautions on your PC or your Mac, come to think of it – precautions which protect not only you, but also everyone else on the internet.