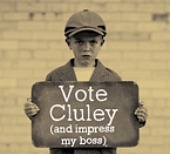 The marvellous people at Computer Weekly have been in touch to tell me that I’ve been named – in two categories – as a finalist for their annual blog awards. Huzzah!

It always surprises me when I meet someone who says they’re following my twitterings as @gcluley or reading my blogs about all things computer security-related, so it’s a real honour to find that someone out there likes me enough to nominate me, let alone to make the finals.

So thanks very much to if you nominated me in the categories of “Best blog about IT security” and “Twitter user of the year”.

There are some great security blogs that I am up against (Rik at Trend Micro’s CounterMeasures, Bruce Schneier, F-Secure, are just a few of the well-known names), and competition is tough in the “Twitter user of the year” category too, where heavyweight Twitter users are fighting it out for recognition of their talent in enchanting the world in 140 characters or fewer.

The finalists in the Twitter competition reads like a veritable who’s-who of the micro-blogging world with journalists like Charles Arthur, Jack Schofield, Rory Cellan-Jones, Jon Honeyball, Davey Winder, the list goes on.. Bletchley Park campaigner Sue Black, our friends at F-Secure, Symantec, McAfee and Facetime, and even polymath Stephen Fry (who is still smarting about coming a close second last year I shouldn’t wonder). But, hey, just remember the Twitter id @gcluley and Graham Cluley’s blog when you come to vote, alright? 🙂

It’s a great achievement for the Clu-blog to have got this far again, and I’m mighty proud. This blog is a lot younger than some of the other respected blogs listed in the security category – and so I really do have to thank everyone who visits each day (or umpteen times a day when I’m feeling prolific!) for their continued support.

PPS. The folks at Computer Weekly are also raising money to put more computers into Kenyan schoolrooms. Whoever you vote for in the awards, please do support this very worthy cause. At the moment most of the people who have contributed appear to be supporters of Rik Ferguson’s blog on the Trend Micro website. Come on Sophos and Clu-blog fans – don’t let me down! We can show them that we mean business by contributing more than them. 🙂

Here’s the link if you want to contribute: http://www.justgiving.com/cw-twitterblog-charitychallenge