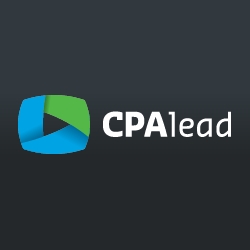 Fed up with the scams that spread virally across Facebook, pointing you to money-making surveys? I certainly am and so, it seems, is Facebook.

Facebook has announced this week that it has filed three lawsuits, aimed at stamping out those responsible for some of the scams that have spread rapidly over the social networking site this year.

The suits accuse two men, Steven Richter of Kings Park, New York, and Jason Swan of Las Vegas, and an affiliate marketing company, MaxBounty, of participating in the schemes which plagued users by promising them non-existent “Dislike” buttons or “Facebook Gold” accounts, but directing them to revenue-generating surveys instead.

In such scams, users are either urged or tricked into liking or sharing the links with their Facebook friends. In some situations, aside from the revenue generated by bringing traffic to a survey, users are asked for personal information or to hand over their mobile phone numbers which is signed-up to premium rate services. What piqued my interest is that Jason Swan is CTO of CPALead, an affiliate marketing firm, whose services are often a common thread in the survey scams we see mischief-makers direct Facebook users to. CPALead runs online surveys, and gives a cut of the money to affiliates who drive referral traffic to sites containing the surveys.

Many times we have seen Facebook users brought via virally-spreading scams to surveys hosted by CPALead.

Swan is accused of engaging in advertising activity that violates Facebook’s Terms of Service, including creating and administering more than 27 fake profiles, 13 fake pages, and at least seven rogue applications as part of an affiliate marketing advertising scam.

Steven Richter is said to have created and administered more than 43 fake Facebook profiles and 40 fake pages as part of an affiliate marketing scam. It’s very encouraging to see Facebook take action against those people who they believe are abusing the service, and becoming a nuisance to their members. There is clearly more that Facebook could do to tackle the problem on Facebook itself, but in my opinion it’s good to see the company send out a strong message that they’re prepared to take alleged spammers to court too.

If you or your friends want to learn more about security threats, don’t forget you can join the Sophos page on Facebook.