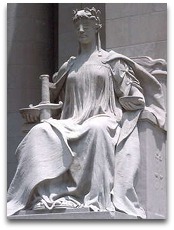 In an interesting judicial twist and counter-twist, a juvenile scofflaw in San Diego has been banned, and then unbanned, from using sites such as Facebook. The youth, known only as J.J., was convicted of receiving stolen property – to wit, one hot-wired 50cc motorbike – and placed on probation.

According to evidence in his appeal hearing, his original probation conditions were considered too onerous, and several of them were removed or adjusted as a result of the appeal. In particular, he was:

Interestingly, some of the probation conditions surrounding his use of computers were retained, notably that the court “modif[ied] the probation condition to read: Minor shall not knowingly use a computer that contains any encryption, hacking, cracking, scanning, keystroke monitoring, security testing, or steganography, Trojan or virus software.”

This judgement exemplifies some of ways in which popular understanding of the internet, and how it operates, can lead to technically abstruse decisions.

But to revoke his ban on social networking sites (and his ban on unsupervised use of computers) whilst retaining an outright ban on encryption seems just to be making grist for another appeals mill.

After all, any Windows (or OS X, or Linux) PC “contains encryption software”, by any reasonable definition. Indeed, Internet Explorer will automatically launch an SSL connection if you visit a secure web page – and you can’t login to Facebook without being redirected to an encrypted page.

In short, we have ended up with a bizarre outcome in which a criminally-minded youngster, whom the court probably wanted to try to wean off his undesirable on-line haunts, is now free to roam where he wants on-line, provided that he does so insecurely. Alternatively viewed, the appeal has done little except to reassert the youth’s ban on social networking, since there will be few useful sites he can use without automatically violating his parole ban on encryption.

Quite how we prevent this sort of technically-mixed-up judgement in the future is an open question, but some sort of ongoing technology training programme for magistrates and judges would be a good starting point.