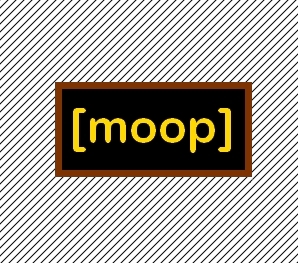 A Scottish computer hacker has pleaded guilty at Southwark Crown Court to breaking the Computer Misuse Act, after spreading malware around the world via spammed out emails.

33-year-old Matthew Anderson, from Drummuir, Aberdeenshire, was a member of the m00p virus-writing gang who spread malware in 2006, including the Stinx Trojan horse, which was spammed out widely attached to emails with the subject line “Photo Approval Needed”.

The Stinx Trojan horse contained a reference to the m00p gang inside its code.

Other attacks included bogus messages pretending to come from anti-virus firm F-Secure, fake emails pretending to be CCTV images of a campus rapist, and allegations that George W Bush and Tony Blair were conspiring over oil prices.

Once infected by malware from the m00p gang, the remote hackers could access personal data on infected computers (such as CVs, private photographs, medical reports and password lists) and even spy on victims via webcams.

“The internet means criminals have increased opportunities to commit crime internationally, however I’d like to reassure the public that the international law enforcement and anti-virus companies response is increasingly sophisticated. As this case shows, criminals can’t hide online and are being held to account for their actions. A complex investigation like this demonstrates what international cooperation can achieve,” continued DC Burls.

Anderson, who used the online handles “aobuluz” and “warpigs”, is scheduled to be sentenced on 22 November.