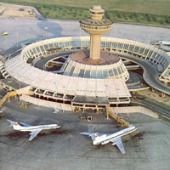 A 27-year-old man suspected of running the Bredolab botnet has been arrested at Yerevan Airport in Armenia, according to media reports.

Just yesterday, the Dutch High Tech Crime Unit, part of the National Crime Squad, announced that they had brought down the botnet, wrestling control of its command servers from hackers. Good news for the owners of the 30 million computers around the world it is said to have affected.

The suspect is believed by the computer crime authorities to have rented acess to infected bot computers to other cybercriminals. No doubt the police will be interested to find out if the man has any information about others who may have exploited the botnet, and more arrests may follow.

The Armenian authorities arrested the man in co-ordination with the Dutch investigation.

I love it when computers under the control of hackers are brought into safe hands – but I like it even more when suspected cybercriminals get their collars felt.