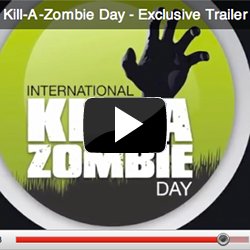 October 31st, also known as Halloween in some parts, has been designated by Sophos as “International Kill-A-Zombie Day”.

Millions of computers around the world, in homes, internet cafes and businesses, are – without the knowledge of their owners – under the control of cybercriminals who commandeer the PCs to send spam, distribute malware, and commit identity theft. These are known as zombies, and they are scouring the internet to attack you. So, join the cause and put an end to this nightmare

Take out the Zombies – time for them to meet their match.

One comment on “We are fighting zombies this Halloween – How about you?”