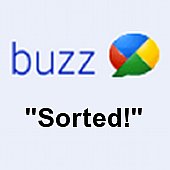 Google today took what it labelled the exceptional step of mass-mailing all Gmail users to announce a settlement in the Buzz lawsuit.

For those who remember the launch, Buzz is a Gmail application, premiered in February 2010, which drew the ire of those concerned about privacy. A class action lawsuit arose alleging that Google “automatically enrolled Gmail users in Buzz, and that Buzz publicly exposed data, including users’ most frequent Gmail contacts, without enough user consent.”

According to Google, that lawsuit is now sorted out. But those who were hoping to pick up some personal largesse from Google’s deep pockets will be disappointed.

This settlement isn’t going the way that the class action against Sony BMG’s infamous rootkit went, back at the end of 2005. In that settlement, customers with rootkitted CDs could claim three free album downloads, or one free album plus $7.50.

Google won’t be paying pocket money to lots of individuals. Instead, it will stick U$8.5 million into an independent fund to “support organisations promoting privacy education and policy on the web”. I think that’s a much better result than handing out enough cash for a small glass of beer (at Sydney prices, anyway) to each of millions of people.

I’ll be hoping to hear more long-term background noise being made by privacy lobby groups to remind web users that what is touted as free often comes at great cost. Many of the popular “in the cloud” services which you and your friends may have signed up to – including Gmail and most social networking sites – are openly presented, and accepted, as “free”. Most of them simply are not.

You’re really agreeing to sell those organisations the right to accumulate, index, commercialise, and in some cases sell on to third parties, information about who you are, what you do, when you do it, and how you choose to talk about it online. You get to populate the databases from which they make revenue; in return you get to use the service.

In that sense, you aren’t so much a user or a customer of most “free” sites. You’re really just an informal employee, paid in kind. That’s worth remembering.