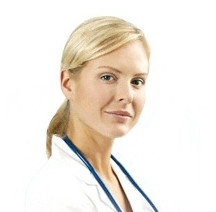 With the rising popularity of social networks such as Facebook and Twitter, it’s no surprise that cybercriminals might attempt to take advantage. With so many people addicted to instant updates from their friends and online pals, there can be no doubt that many people click on links apparently sent to them from those services with barely a second thought.

One thing to be on the look out for, are emails which claim to come from Twitter, saying that there are “warnings” connected with your account: However, the links don’t really point to the Twitter website. The spammers have used HTML to pretend that the link goes to Twitter, but if you did hastily click on the link without due care and attention you would actually be taken to a Canadian pharamcy website attempting to sell you drugs such as Cialis and Viagra. This isn’t the first time we’ve seen spammers posing as Twitter, and it won’t be the last.

If you buy drugs online from one of these websites you’re not only putting your personal information at risk (remember these guys are prepared to spam and use dirty tricks to promote their sites, so they aren’t likely to flinch about doing something naughty with your credit card details), but you’re also potentially putting your health in jeopardy.