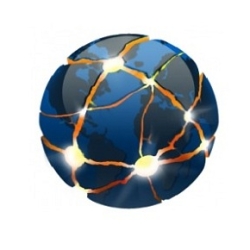 But is it really a new browser? And is it even a novel idea? Or is it just Flock, “the award winning social web browser”, in new guise?

Flock is based on Firefox, whilst RockMelt is based on Chromium. That means that neither really counts as a new browser. And I’m not sure that creating a browser build which integrates even more tightly with your social networking life – notably, Twitter and Facebook – really counts as novel, though it does sound like a new way to let you make even more egregious blunders with your Personally Identifiable Information than ever before.

Unlike Chrome Beta releases, or those from Firefox, the RockMelt Beta is quite the opposite of what social networking seems to be all about. It’s not open or inclusive at all. You have to ask for an invitation. And guess how you do that?

By installing a Facebook app. This application requires access to your basic information, the right to send you email, and the right to post to your wall.

So far, this is following the same sort of path as many of the Facebook “OMG” and iPad scams we’ve seen. Want to sign up for X? First go to Facebook and accept application Y. Then you’ll get access to X. Except that you never do.

It’s surprisingly similar with RockMelt. Once I accepted its Facebook application, I didn’t actually get to access RockMelt. I didn’t seem to get anything at all, until I went to the privacy page. And there it was. “Thanks, Alice!” (No, I’m not really called Alice. But then RockMelt isn’t really a new browser, either.) “We’ll email your invite in the next few days.” I wonder what I’ll be saying on my wall in the meantime?

I must be old-fashioned. Or perhaps I’ve read too much dystopian science fiction in my life. But with friends like this, who needs enemies?

5 comments on “RockMelt and Facebook – friends with each other, but what about you?”