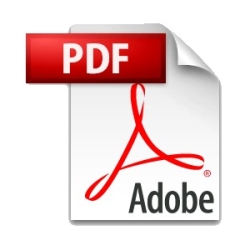 Earlier this year I gave a talk at the Virus Bulletin conference in Vancouver about malicious PDFs.

As a consequence of that paper, I received a number of enquiries from other researchers working in this field of computer security. One of the more fruitful contacts was Marco Cova of the Wepawet project.

This week, in-between other work, I have been analysing a feed of PDFs I have received from Wepawet.

One particular sample I analysed had a very small piece of JavaScript code that I hadn’t seen before:

where XXXX is a randomly cased string. I immediately wrote a quick detection for this construct in other PDFs. While I was waiting for the results to come back I delved further into the sample.

Diving into the file and looking for the string referenced by the this.info: We can see another occurrence of app.setTimeOut and enough of the rest to suggest that other this.info parts of the PDF are being referenced. After the this you can make out the beginnings of a .replace construct and an “eval”. If you were to decode this then you see reference to two other this.info streams “iuGj” and “FJHKJ”. The replace is actually:

Running the following command over the file:

where showhex.pl is a simple script that transforms %hh encoded characters to their binary, gives the following: Within the decoded iuGj stream we can see:

So this script will run slightly different code depending on which version of Reader is being used and will try different vulnerabilities. The payload code, below, attempts to download other malware. Unfortunately, when I try to visit the sites referenced by by the “FJHKJ” I get nothing. The good thing is that over the ~20 sites I investigated yesterday the Google SafeBrowsing API blocked 90%. These URLs are also blocked via Sophos’s Live Protection.