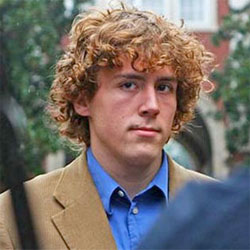 The student who broke into Sarah Palin’s personal Yahoo email account, as she was running her campaign to become the US Vice President, has been sentenced to a year and one day in custody.

In September 2008, David C Kernell, who went by the internet handle of “Rubico”, posted examples of Palin’s private emails, addresses of her contacts, and family photos on Wikileaks, and bragged that hacking into the vice-presidential candidate’s Yahoo account was child’s play. Sarah Palin left her Yahoo account vulnerable to attack because she choose to make her “secret questions” her date of birth, her postal code, and information about where she met her husband – all information which David Kernell was able to glean quickly by using Google and Wikipedia. Palin went on to claim that the email hack paralysed her campaign to become the USA’s first female vice president.

Kernell, the son of state democratic representative Mike Kernell, could have potentially faced up to 20 years in prison for the obstruction of justice conviction – brought about because he deleted evidence from his hard drive – and an additional year for the unauthorised access to Palin’s account.

Here’s a video I made at the time of the incident, showing how both Paris Hilton and Sarah Palin have been caught out by choosing naive answers to “secret questions”:

David Kernell, meanwhile, will have plenty of time to think about his actions – 366 days, in fact, which he will need to serve in either a federal prison or a halfway house.

With luck, others will learn something from this story and realise that hacking into the email accounts of others is never acceptable.