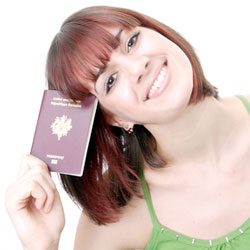 It seems you are not alone.

Facebook has confirmed that a bug hit its systems hard earlier today, disabling a number of accounts belonging – it appears – to female users.

Frustrated Facebook devotees turned to the only platform they had – Twitter – to vent their annoyance at not being able to log into their account. What was interesting is that all of the reports appeared to be from women or – in a few cases – men mentioning the problem on behalf of female friends and partners. Reportedly many of the complaints against Facebook users were that they were using an “inauthentic” name, and they were asked to upload a government-issued ID (such as a passport), ensuring that their full name, date of birth, and photograph were clear.

You can understand why many Facebook users would be nervous at the prospect of doing such a thing – especially when their Facebook account had not committed any breach of the social networking site’s terms and conditions.

ReadWriteWeb has quoted a Facebook spokesperson confirming the problem:

Earlier today, we discovered a bug in a system designed to detect and disable likely fake accounts. The bug, which was live for a short period of time, caused a very small percentage of Facebook accounts to be mistakenly disabled. Upon discovering the bug, we immediately worked to resolve it. It's now been fixed, and we're in the process of reactivating and notifying the people who were affected.

Let’s not forget that a “very small percentage of Facebook accounts” can still be quite a large number, especially as there are over 500 million users of Facebook.

Certainly, judging by the number of people searching for for information on Google in the last few hours (where the phrase “Facebook account disabled” became a spicy-hot trending topic), this was a serious problem for many people.

The good news is that this incident doesn’t appear to have been caused by malicious activity, such as hackers breaking into Facebook accounts, but a more down-to-earth bug, introduced to try and weed out bogus Facebook accounts. On this occasion, the weed killer was a little too strong and innocent users have been left scrabbling to get back into the site.

Hopefully the problem can be resolved sooner rather than later – and won’t require thousands of women to scan and upload sensitive documents to Facebook. Even if other data is obscured, there’s still a risk as you can imagine electronic copies of these sensitive identification documents lurking on users’ hard drives for months if not years after this incident is long forgotten.