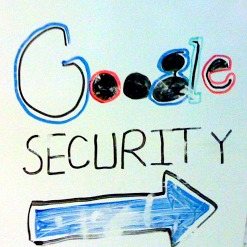 A 21-year-old Armenian calling himself “Vahe G” has uncovered a way of sending spam to Gmail users, just by them visiting an exploited webpage.

TechCrunch reports that they confirmed the vulnerability by visiting an affected page on Blogspot (Google’s own blogging platform) while logged into Gmail, and receiving an immediate email from Google’s servers. In other words, the headers were not forged.

In case you’re wondering – no, that definitely shouldn’t be possible.

Although this particular exploit appears to have been set up for mischief, more malicious hackers could easily have exploited the vulnerability to spread the typical money-making spam we often see or to distribute malware or a phishing attack. Users might be much more likely to click on a link if they saw it really did come from Google, and could put their personal data in danger.

The good news is that now Google is aware of the issue, and says that it has rolled out a fix:

We quickly fixed the issue in the Google Apps Script API that could have allowed for emails to be sent to Gmail users without their permission if they visited a specially designed website while signed into their account. We immediately removed the site that demonstrated this issue, and disabled the functionality soon after. We encourage responsible disclosure of potential application security issues to security@google.com.

Nevertheless, security issues like this are a real concern as more and more people rely upon email communications, and their webmail providers to deliver a reliable, filtered inbox. This was a serious security hole.