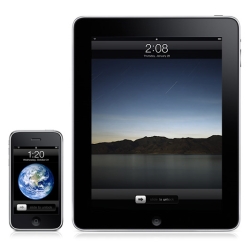 Yesterday, Apple pushed out the much anticipated update to its mobile operating system – iOS 4.2.

Although most of the headlines have focused on new functionality Apple has introduced, such as bringing folders and multi-tasking to the iPad, there’s a much more important reason why you should be considering updating your Apple iPhone, iPod Touch or iPad.

It’s critical that users of Apple’s popular gadgets update their operating system as soon as possible. Fixes included in the iOS 4.2 update include patches for the web browser. Without these users could be at risk when they visit booby-trapped websites – code embedded on the website could cause iOS applications to crash, or even plant and run malicious code on the device.

In addition, iOS 4.2 fixes a flaw which made it possible for hackers to push malicious configuration files onto iPhones, iPads and iPod Touches, and a problem with the way Excel files can be imported that could lead to malicious code being executed.

Users of the iPhone, iPod Touch and iPad can receive their iOS 4.2 update via the normal route – downloading it as an update via iTunes.