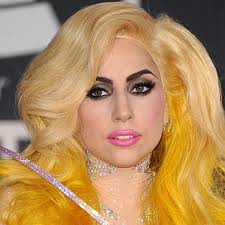 According to The Telegraph, German prosecutors are accusing two local hackers of breaking into the computers of over 50 pop stars, including Lady Gaga, Kelly Clarkson, Justin Timberlake and Ke$ha.

(Wouldn’t you have to be pretty brave to blackmail Lady Gaga? She can be, um, scary. )

Ralf Haferkamp, from the Duisburg prosecutor’s office, said in an interview with Deutsche Welle that the hackers, two boys of 17 and 23 from the West of Germany, infected the machines with malware in order to steal all sorts of files.

Stolen property allegedly purloined by the duo includes credit cards details, private pictures, emails and unreleased songs. Prosecutors also claim that the suspects managed to sell some of the musical material on the internet – where, because it has not been officially released, it can fetch high prices.

So how did the two men get caught? The Telegraph reports that the hacker duo bragged about their nefarious activities on the web. If guilty of the crime then this would suggest that the pair are not only greedy, but idiotic show-offs too.

Of course, Lady Gaga isn’t the first pop star to have caught the attention of cybercriminals. In the past we’ve reported on how celebrities such as Lil’ Kim, Kanye West, Miley Cyrus, and Britney Spears have had their computers, email or social networking accounts broken into by malicious hackers.

In case you needed reminding – celebrities aren’t really that different from the rest of us. Everyone who has a computer has to take sensible steps to protect it against malicious hackers and cybercriminals.