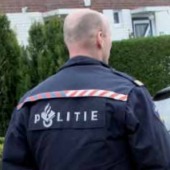 Just a day after Dutch police arrested a 16-year-old boy in connection with Wikileaks-related denial-of-service attacks, websites belonging to the Netherlands computer crime cops and prosecutors have been struck with a similar assault.

Dennis Janus, a spokesman for the National Police Service confirmed that both the police website, and that of the National Prosector’s Office had been offline for much of the day, with many theorising that the likely reason is a distributed denial-of-service (DDoS) attack similar to that which was launched against Mastercard, PayPal and other firms.

Janus didn’t confirm that the downtime of the websites was definitely connected with the ongoing attacks by WikiLeaks supporters, but you would be a brave man to bet otherwise as sheer coincidence seems highly unlikely.

Members of the public, sympathetic with the actions of the controversial WikiLeaks whistle-blowing website, have been downloading a DDoS attack tool called LOIC, turning their home computers into an attack tool against websites in AnonOps’ bad books.

The unnamed teenager, who is said to have confessed to playing a part in the attacks against the PayPal and Mastercard websites, is due to appear in a court in Rotterdam today.