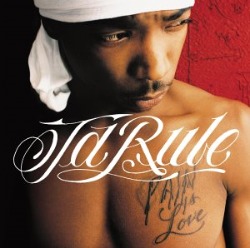 The charges stem back to July 2007, when New York city police police stopped his luxury $250,000 Maybach sedan for speeding and found a semiautomatic .40-calibre pistol in the back seat. The Associated Press reports that Ja Rule is likely to serve 16 months in prison followed by 18 months’ probation, after he reached a plea deal with prosecutors.

What’s of most interest to us here on Naked Security, however, is that it appears a hacker has had control of Ja Rule’s Twitter account for several hours.

Over 36,000 followers of the rap star have been witnessing dozens of peculiar tweets coming from Ja Rule’s account – some mildly amusing, some offensive, and many utterly intelligible to member of the computer security industry who doesn’t follow the ins-and-outs of rap music:

i cant even get people to download my albums illegaly Oh, and some which are likely to upset 50 Cent’s mum:

It’s pretty clear that the real Ja Rule hasn’t posted the scores of messages that have appeared and, at the time of writing, are still being posted. It’s not just the content which indicates this; the messages also appear to be mainly being sent via the Twitter website rather than the Twitbird and Twitterific clients that Ja Rule normally uses.

In other words, it’s looking very much like Ja Rule has been careless with his Twitter password – and allowed a third party to sneak their way in. Maybe he used the same password as one he used on another site, or maybe it simply was simple to guess or crack.

In my opinion it’s time that Ja Rule pulled his trousers up and took his computer security a little more seriously. Maybe he’ll have time to think about that while he’s in the clink.