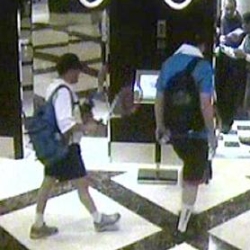 Many of you will probably remember the CCTV footage of alleged assassins, dressed in disguises of tennis gear, and carrying racquets, as they strolled through a luxury hotel when it was shown early last year.

Mahmoud al-Mabhouh, a senior Hamas official, was murdered at Dubai’s al-Bustan Rotana hotel by a professional assassination team of 11 people.

The news of the killing made headlines around the world, including in Britain where there was a diplomatic scuffle when it was revealed that the suspects had apparently used cloned British passports to disguise their true identities. Many people pointed the finger of suspicion at Mossad, Israel’s foreign intelligence agency.

Bergman claims that the assassination team were able to track al-Mabhouh’s movements and plans because they had planted a spyware Trojan horse on his computer. This gave them the ability to monitor his email communications and other online activities.

If true, it wouldn’t be the first time that Mossad has been accused of planting malware on the computers of its enemies.

For instance, in 2006 a high-ranking Syrian official is said to have left his laptop unattended in a swanky London hotel room, allowing agents to plant malware on the computer.

Information stolen from the hacked laptop is said to have resulted in an air-raid on a nuclear project in Syria’s eastern desert the following year.

Not all operations move so slickly, of course.

After the assassination in Dubai of the Hamas commander, the New York Times spotted a bad taste joke about a Dubai “hit” had been published on the Israeli embassy’s Twitter page: A member of staff was subsequently reprimanded, and the message deleted.

So, what’s the lesson for the rest of us? Those of us who aren’t spies or government agents and don’t have enemies tracing our movements?

Well, my advice is to keep your computer and the data stored upon it safe and sound. If you have sensitive information on your PC – make sure it is properly protected with security software and that any confidential data is encrypted. Also, be careful about what programs you install and how you connect to the internet.

And don’t leave your laptop lying around unattended (even in a locked hotel room) because you never know who might be able to gain access to it, and what they may plant upon it.

Also, I think we have to acknowledge that intelligence agencies and governments around the world have no qualms about using malware and internet snooping tools if they believe it will give them an advantage over their enemies.