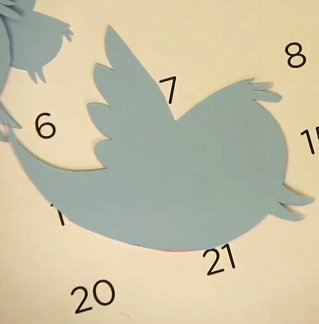 Social networking is big news, even for traditional print publications.

Two of the four stories on the front page of today’s Sydney Morning Herald relate to abuse delivered via social networking sites, notably Twitter. (The third is one of those “exclusive” stories dredged from the WikiLeaks files, whilst the central article laments Australia’s extended hammering by a rampantly victorious England cricket team.)

Social networking debacle number one surrounds Aussie entrepreneur Gerry Harvey, who was one of the heavy hitters behind an aggressive campaign by Australian retailers – including Harvey’s own massive Harvey Norman chain – to persuade the government to enforce tax on on-line sales from overseas. Local retailers must add a 10% Goods and Services Tax (GST) onto most products; imported goods under $1000 are GST-exempt.

There is scant public sympathy for Harvey’s position, not least because he is one of Australia’s elite ultra-rich, despite that 10% GST. As a result, Twitter has been awash with scathing comments about the campaign.

Harvey has now withdrawn from the campaign, having taken the tweets personally, telling the Herald that he feels hurt by the avalanche of criticism and complaining that people see him and fellow mega-rich retailer Solomon Lew as “greedy, ugly, old, out-of-date c—s”.

Harvey has a point, since he’s copped some genuine abuse along just those lines on Twitter. Wiseguy Twitterer Dr. Mike Hunt (who obviously loves old jokes more than he likes ageing retailers) went so far as to start a campaign of his own, called #c–toftheweek, promptly nominating Gerry Harvey for the first award.

(On the other hand, Harvey clearly can’t take his own advice. In 2008, following complaints over a remark in which he compared the Irish economic crisis to the 1850s potato famine, he is reported to have said, “it doesn’t say much about a people when they can’t take something like that on the chin and get on with it.”) Debacle number two concerns troubled rock-chick Courtney Love, who is currently being sued by a fashion designer over a 2009 Twitter rant in which she allegedly said some rather OTT things about the fashionista in a dispute over money. Yesterday the case came up in court and was postponed to February.

According to the Hollywood Reporter, the complainant intends to call a social media expert to testify on “what kind of credibility is given to statements made in a casual forum like Twitter”.

It seems astonishing that anyone has had the time to become a social media expert already, given the short lifetime – and ever-changing landscape – of the entire social media phenomenon.

But if this witness – named by The Reporter as Jessie Stricchiola, who also seems to be a player in the Search Engine Optimisation (SEO) marketplace – is accepted as an expert by the court, this case may end up being as much a landmark in Twitter’s brief history as in the troubled Love’s somewhat longer one.

Be careful what you tweet. The lawyers are watching, so it probably matters a lot more than you might think when you’re at the pub with a few mates.