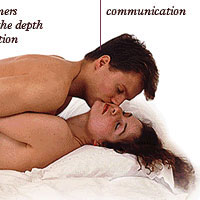 Would your heart race at the sight of a file called Real kamasutra.pps.exe?

One piece of malware we saw earlier this week certainly hopes that you would be interested in a PowerPoint presentation demonstrating different sexual positions, and would be tempted into clicking.

Well, be careful what you do with that mouse. The slides, which would probably raise an eyebrow if viewed in your office (thank heavens my monitor faces the wall) shows thirteen different ways to make love – some with fanciful names such as “The Frog”, “Wheelbarrow” and “Lyons Stagecoach”. And there I was thinking there were a lot of malware variants..

The malware comes as a file called Real kamasutra.pps.exe (the old double-extension trick). In other words, you may think you are directly opening a PowerPoint slideshow, but in fact you’re running an executable program.

The PowerPoint slide deck (which ironically is itself “clean” from the malware point of view) is then dropped onto your Windows PC as a decoy while malware silently installs onto your computer as AdobeUpdater.exe, alongside some other components (called jqa.exe and acrobat.exe).

Because of this, when you click on the file you do get to see a real PowerPoint presentation, but in the background a backdoor Trojan (no sniggering at the back please..) called Troj/Bckdr-RFM is installed which allows hackers to gain remote access to your computer.

Once they have broken into your computer, they can use it to relay spam around the world, steal your identity, spy on your activities, install revenue-generating adware or launch denial of service attacks.

Remember – don’t rush to click on unknown files, you could be opening yourself up to all kinds of unwanted attention.