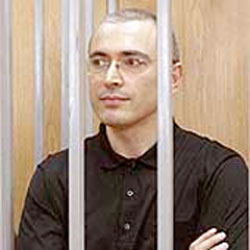 In December Belarus held controversial presidential elections. The end result was controversial, with incumbent Alexander Lukashenko declared the winner, amid claims that the result had been rigged.

Opposition candidates certainly weren’t given much access to TV, radio or newspapers, meaning that their their only resort was to harness the internet to rally support.

Through social networks, such as LiveJournal and Twitter, the opposition party was able to organise meetings and alert foreign journalists and observers to mass arrests as thousands protested on the streets.

My friends in Minsk told me that on election day, and for a few days subsequently, somehow LiveJournal and Twitter stopped working all over Belarus. Unsurprisingly, some suspected that the sites were being deliberately filtered at the provider level by the incumbent government.

Belarus’s close neighbor Russia is not limited to a handful of state-controlled internet providers yet. However, an interesting phenomenon has been observed by Russian users of LiveJournal since late December. Try posting something to LiveJournal about the controversial trial of Mikhail Khodorkovsky, for instance.

Your LiveJournal account will quickly be struck by a massive bot attack. These bots are nothing like the commercial LiveJournal bots that we’ve discussed before that are quiet, unobtrusive, and pretend to be human.

The “political” LiveJournal bots post 20 or more huge comments in a row. They don’t bother to disguise their obviously auto-generated usernames, and often comment with inappropriate pictures or jokes.

The result of this behaviour is that LiveJournal users are forced to block comments from non-friends, or introduce annoying anti-bot tests before allowing comments.

Furthermore, some people might be deterred from opening such posts, fearful that they will be caught accessing pornographic content.

Clearly someone isn’t keen for LiveJournal readers to share information and opinions about Mikhail Khodorkovsky.

Here you can see an aftermath of such an attack: With every comment taking at least several lines, they can easily cover a complete page, thus making any discussion in the comments impossible.

Normally on LiveJournal, a repost means that someone loves your original post and wants your friend to see it. However, reposting by commercial bots is done without linking to the original – they just need content to fill their own blogs.

These new political LiveJournal bots repost while linking to the original, but this is not a sign of appreciation. Instead they want to pollute search results.

After all, most people won’t bother clicking on 50 links to find the real one.

This is how a search for one such replicated post looks like on blogs.yandex.ru, a specialised Russian search engine: In the above example, a legitimate blog entry with a live author and ongoing discussions is hidden amongst multiple robotic replications. This makes it difficult to find the real one.

In this way, political discussions are being drowned out with noise. When this current campaign stops, it will be interesting to observe which events and keywords trigger similar attacks in the future.