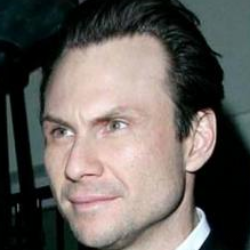 Christian Slater has not died in a snowboarding accident, despite what you might have read on the internet.

A fast-spreading internet rumour has spread across social networks claiming that the Hollywood actor, who starred in movies such as “Heathers”, “The Name of the Rose” and “True Romance”, was killed when he lost control of his snowboard and hit a tree at high speed, while on holiday in Zermatt, Switzerland.

Some concerned fans of Christian Slater even posted links to what appeared to be a genuine news website, seemingly confirming the breaking story: If the news were true, it would no doubt be reported on the outlets of other news organisations around the world.

But despite “Christian Slater” currently trending on Twitter, the likes of the BBC and CNN are strangely silent on the movie star’s death. The truth, of course, is that Christian Slater is not dead. And neither is Tom Cruise. Oh, and Johnny Depp hasn’t died in a car crash, which is also true of Emma Watson and Kanye West too.

(I would give you a complete list of who isn’t dead, but I suspect that would take quite a lot of time and require occasional updating).

The “news” site that some folks are linking to is a joke website – although the joke is clearly in somewhat dubious taste.

The problem with bogus rumours like this is not just that they waste time, bandwidth and generally degrade the signal:noise ratio on the internet, but also that sometimes cybercriminals exploit them, using a trending story to spread malware such as fake anti-virus attacks.

So don’t believe everything you read on the internet, folks. And don’t be too quick to click on a link to what appears to be a sensational news story – you never know if a malware author might have planted a nasty surprise at the end.

Update: Some prankster has even updated Wikipedia’s page about Christian Slater to claim that he died today. Sigh.. Thanks to Naked Security reader Bee for pointing this out to me.

8 comments on “Breaking news: Christian Slater is NOT dead”