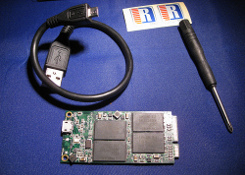 I recommend reading the full paper if you are interested in the challenges related to safeguarding data on SSDs.

To properly secure data and take advantage of the performance benefits that SSDs offer, you should always encrypt the entire disk and do so as soon as the operating system is installed.

Securely erasing SSDs after they have been used unencrypted is very difficult, and may be impossible in some cases.