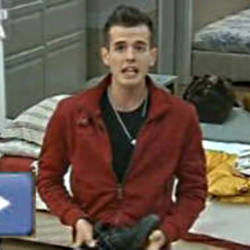 Non-English speaking Facebook users shouldn’t be fooled into believing that they are somehow immune from the scams and attacks that plague the social networking site.

The latest few campaigns seen by SophosLabs, for instance, target Italian users of the social network.

Vito and Anna expelled for having slapped Celentano. FRIENDS, HERE IS THE VIDEO OF THE PUNCH IN THE FACE

(Update: Naked Security reader Paolo – who by the sound of things probably knows Italian better than us – offers a better translation).

THE VALENTINE'S DAY JOKE THAT IS GOING AROUND THE WORLD! I CHALLENGE YOU TO VIEW THIS PAGE FOR 5 SECONDS WITHOUT LAUGHING

All of these Facebook scams use clickjacking techniques to trick the user into “liking” them. SophosLabs is intercepting the suspicious pages as Mal/FBJack-A.

As with the case of the dirty undressing Italian schoolteacher, Facebook users who aren’t using Sophos Anti-Virus can protect themselves from clickjacking threats like this by using browser plugins such as NoScript for Firefox. Facebook users can learn how to protect themselves by reading Sophos’s recommendations for Facebook security. Or check out the advice in Italian here: Consigli di Sophos per le impostazioni di Facebook.

Oh, and it’s not just Italian language attacks of course. Naked Security readers have reported similar attacks in Japanese and, interestingly, we have also seen a strange Cyrillic message that is associated with yet more Facebook clickjacking: Colourful clickjacking attacks, requiring users to click on a series of rainbow-coloured boxes without realising they’re authorising other actions, are nothing new of course.

As more and more criminals discover how successful attacks via Facebook can be, we can expect the tried-and-trusted techniques of the English-speaking world to be cloned elsewhere around the globe.