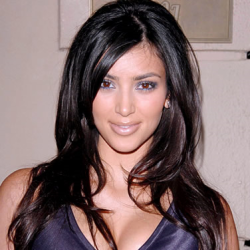 One of the great things about being British is that I have almost no idea who Kim Kardashian might be. It turns out that many Americans aren’t quite sure why she’s famous either.

In fact, I always thought the Kardashians were an alien race in Star Trek: Deep Space Nine.

However, according to the wonder of Wikipedia, I now know that Kim Kardashian is a model and reality TV star who rose to notoriety after she appeared in a sex tape. In fact, she’s so famous that she has over six million followers on Twitter.

Yesterday, Kim Kardashian posted a message on Twitter claiming that she had been hacked. Here’s what she tweeted to her many millions of followers:

Some stalker freak loser hacked @KimKardashian twitter and email. Its called 911 and its called get a life. So just beware of her tweets.

Certainly, if Kim Kardashian had had her Twitter account hacked she wouldn’t be the first celebrity to have had problems in that area.

Famous figures who have fallen victim to a Twitter hack in the past include Lil Wayne, Axl Rose, Britney Spears and plummy-voiced British TV property crumpet Kirsty Allsopp.

But was Kim Kardashian really hacked on Twitter as she claimed and thousands of her followers and celebrity chums retweeted?

It seems possible that she was mistaken. Her mobile phone still allowed her to post messages – including the one that claimed she had been hacked – even though she claimed she was unable to log in via Twitter.com.

A few hours later, Kim Kardashian tweeted that normal service had resumed for her on Twitter:

My money is on user error rather than a genuine hack. After all, no abuse of her account appeared to occur – and the typical intruder would have found it impossible to resist posting a joke message or spammy link during the time when her account was allegedly “hacked”.