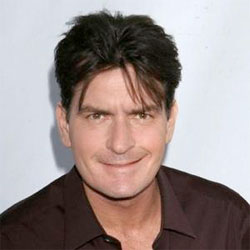 A number of Naked Security readers have been in touch with us, regarding messages they have seen on Facebook claiming to link to a grotesque video of Charlie Sheen being found dead at his house, following a cardiac arrest.

The links are pointing to a FbVideo or FouTube clickjacking page, designed to lure ghoulish voyeurs into taking an online survey. The modus operandi is frankly identical to other scams we have seen in the last few days involving Sheen, Christina Aguilera and Emma Watson. A browser plugin like NoScript can prevent the clickjacking from taking place, but if you’re not running something like that or not protected with software like Sophos then you may be unaware that you have reached a clickjacking page.

You would think that Charlie Sheen would have enough problems, without also having to contend with scammers spreading messages via Facebook that he has died. You can only imagine how his concerned family must feel if they see messages on social networks suggesting that the troubled TV and movie star has died.

Make sure that you stay informed about the latest scams spreading fast across Facebook and other internet attacks. Join the Sophos Facebook page, where more than 60,000 people regularly share information on threats and discuss the latest security news.

4 comments on “Charlie Sheen has NOT been found dead in his house, despite what Facebook clickjackers say”