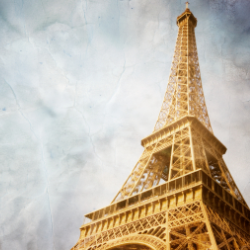 The French Ministry of Finance has reportedly confirmed that it has become the victim of an internet attack, targeting documents related to the French presidency of the G20 and international economic affairs.

Paris Match magazine, which broke the story, claims that more than 150 computers at the ministry have been infilitrated by hackers since December, and numerous documents stolen.

Budget Minister Francois Baroin confirmed in a radio interview that an investigation was taking place into the attacks, claiming that it was “probably the first time” that the French government’s computer systems had been hit on such a scale. He told Europe-1 that it was documents about the G20 that especially interested the hackers.

France holds the rotating leadership of the G20 this year and is hosting a series of meetings aimed at improving relations among the world’s top economies, including the US and China.

France holds the presidency of the G20 this year, and is hosting meetings designed to improve relationships between the world’s top economies. No doubt such hacking reports are sending a shiver down the spine of staff who work at the ministry building known to most people as Bercy. According to the report, hackers were able to break into the Ministry’s computers after emailing a malicious Trojan horse to users. Once the users were fooled into running the dangerous code, the hackers could access the computers remotely via a backdoor.

Inevitably the finger of suspicion is likely to point towards China for the hacking attack, but I think it’s dangerous to conclude that a hack was state-endorsed unless there’s definitive proof.

The truth is that proving the origin of a hack attack is complicated by the fact that cybercriminals can use compromised PCs owned by innocent people to act as a go-between when trying to break into someone’s computer. In other words – yes, a Chinese computer might have tried to connect to yours, but it may be under the control of someone in, say, Great Britain.