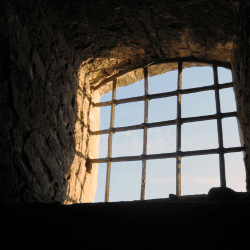 Nigerian national Peter Maxson Anyanyueze has just been sentenced to 20 years in prison by the National Prosecuting Authority (NPA) at Germinston Regional Court in South Africa.

According to several media reports, Anyanyueze received the following sentence: ten years for fraud, ten years for money laundering, and two additional years, which will run concurrently, for contravention of the Immigration act.

The scam seems fairly typical: Anyanyueze sent out emails requesting help to manage his cash. The scammer claimed he earned 10.5 million bucks from precious metal sales. His millions, he claimed in the email, were being held in a security company in South Africa, and he needed a third-party to move it out and invest it in Europe.

Instead of transferring the money into Nwasser’s account, the scammer requested that he make small payments into nominated bank accounts, based in different countries around the globe.

I don’t know about you, but it doesn’t seem like a small amount of money. In any case, Anyanyueze never deposited the millions, so our victim Nwasser found himself seriously out of pocket.

So, what can we learn about this?
First, there is nothing really new here. Scams, where someone tries to dupe another, have been around as long as humans have. 419 scams simply take advantage of people though emails that try to pique recipients’ greed or pity. The goal is always money, though that is not always immediately obvious.

If you don’t know the person who has emailed you, and/or the email is promising riches for some small investment on your part, go on high alert. The simplest approach is to delete it, though you may also want to report it to your ISP so they can look into blocking these emails in future. Do not respond. You will only be confirming the validity of your email address to an unknown and probably dodgy third party.

Quite interesting side fact #1
According to Nigerian-law.org, it seems the Advance Fee Fraud act was established in 2006, three years after Anyanyueze was accused of doing this scam. He was however arrested in 2007, a year after the act was put in place. Hmmmm….

Quite interesting side fact #2
According to this report, the National Prosecuting Authority (NPA) spokesperson

"revealed Anyanyueze had fraudulently entered into a marriage of convenience with a female South African to obtain citizenship. 'The state proved in court that the accused and the female person were never in a bona fide spousal or marital relationship, as the female was living with her South African boyfriend with whom she had a child at the time of the said marriage.'"

As a result of this, they tapped on two extra years to his sentence, which he can serve concurrently with the other twenty.

One comment on “Nigerian 419 scammer gets 20 years in jail”