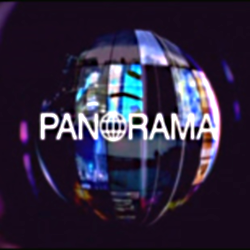 Last night, BBC One broadcast an investigation by the Panorama team into alleged computer hacking done on behalf of Rupert Murdoch’s News of the World newspaper.

The progamme – called “Tabloid Hacks Exposed” – identified a former British army intelligence officer who had served in Northern Ireland, Ian Hurst, as the target of the computer hack.

Hurst was thought to have contributed to a book about “Stakeknife”, the codename for an alleged spy who infiltrated the higher echelons of the Provisional IRA while secretly working for British Intelligence. According to the Panorama report, copies of emails sent from Hurst’s computer were stolen by a Trojan horse installed by a hacker. Footage secretly filmed by the BBC, shows Hurst meeting the man who he believes broke into his PC, who confesses his involvement:

According to the unnamed hacker’s confession, faxed copies of the stolen information were then sent to the then editor of the News of the World for Ireland, Alex Marunchak.

When a BBC film crew confronted Marunchak with the allegation that he knowingly hired people to break the law in order to uncover information for news stories, he declined to answer questions.

Up until this latest BBC Panorama investigation, the focus has been on the alleged hacking of mobile phones, rather than the interception of computer email communications. Readers in the UK can currently watch the BBC Panorama report online via BBC iPlayer.

Sophos makes a brief appearance in the programme, discussing the legality (it’s not) of installing Trojan horses onto other people’s computers without their permission. Blink and you’ll miss me pontificating.

Remember, installing a virus or Trojan horse onto someone else’s computer without their authorisation is against the law – and can lead to a serious jail sentence.