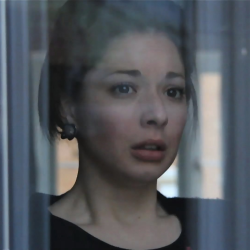 It’s not uncommon these days to hear about people who have suffered from cyber-stalking and online harassment.

Whether you’ve been bombarded with unwanted emails, or someone has written abusive things about you online, or created a fake Facebook profile in your name, the attention can be unpleasant, unwanted and disturbing.

The Network for Surviving Stalking (NSS), a registered charity in the UK, has today launched a campaign to increase the awareness of stalking (whether it be online or offline), and encourage potential victims to come forward and report the behaviour to the police.

The NSS claims in a press release that stalking is “a crime that’s often not taken seriously but can ruin lives and even lead to murder” and that “even though we may feel uncomfortable with someone’s obsessive behaviour – all too often we put up with it.”

The charity has created a new website, www.trustyourinstinct.org, and have developed a quiz to help individuals determine if someone’s behaviour is getting out-of-hand.

It seems to me that the wide adoption of the internet and social networking sites have just made it easier for stalkers to prey upon people, hiding their activities behind fake identities in order to be closer to the object of their attention.

Speaking personally, I’ve had a couple of unpleasant experiences where Facebook has been too slow to respond to harassment of me and my family.

I don’t believe my experiences have been anything like as bad as what some people have had to suffer – but it does suggest to me that the social networks need to work much harder at combatting this problem. If you want to support the “Trust Your Instinct” campaign, or are looking for more advice and information about protecting yourself from stalkers, you can follow the campaign on Twitter or join their Facebook page.

By the way – don’t be fooled into believing some of the many messages and rogue applications that have spread via Facebook and Twitter in recent months which claim to be able to reveal who has been secretly checking out your profile. They’re all scams.

2 comments on “Are you being stalked? Trust your instinct”