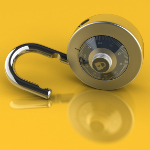 According to Bank Info Security, testimony was given before the House Homeland Security Committee last week by James Lewis, senior fellow at the Center for Strategic and International Studies (CSIS).

Lewis’s testimony included a list of serious security incidents that have taken place since January 2010. This list is reproduced below, with thanks to Bank Info Security.

Lewis is reported to have stated that the list “is not a record of success”. He added “Whatever we are doing is not working…While individual government agencies have made strenuous efforts to improve our cyberdefenses, as a nation, despite all the talk, we are still not serious about cybersecurity.”

This looks really rather damning of today’s security infrastructure. But, I can’t help but wonder how many cyber attacks weren’t successful, thanks to the security that is place today? While I would agree that no one should rest on their laurels when it comes to security, I also know that there is no silver bullet.

I wonder if Lewis will also be providing advice on what needs to be done to help better secure against attacks. No one wants to be a victim, and most companies out there are doing what they can to stave off attacks.

January 2010: Google announced that an attack had penetrated its networks, along with the networks of more than 80 other US high-tech companies. The goal of the penetrations, which Google ascribed to China, were to collect technology, gain access to activist G-mail accounts and to Google’s password management system.

January 2010: At the same time, Intel experienced a harmful cyberattack.

January 2010: Global financial services firm Morgan Stanley experienced a “very sensitive” break-in to its network by the same hackers who attacked Google, according to leaked e-mails.

March 2010: A number of successful cyberattacks against NATO and European Union networks have increased significantly over the past 12 months, the international organizations revealed.

March 2010: Australian authorities say there were more than 200 attempts to hack into the networks of the legal defense team for executives from Australian energy company Rio Tinto, to gain inside information on the trial defense strategy.

April 2010: Hackers break into classified systems at the Indian Defense Ministry and Indian embassies around the world, gaining access to Indian defense and armament planning.

May 2010: A leaked memo from the Canadian Security and Intelligence Service says, “Compromises of computer and combinations networks of the government of Canada, Canadian universities, private companies and individual customer networks have increased substantially. … In addition to being virtually unattributable, these remotely operated attacks offer a productive, secure and low-risk means to conduct espionage.”

October 2010: The Wall Street Journal reports that hackers using Zeus malware, available in cybercrime black markets for about $1,200, were able to steal over $12 million from five banks in the United States and Britain.

January 2011: The Canadian government reports a major cyberintrusion involving the Defense Research and Development Canada, a research agency for the departments of National Defense Finance and the Treasury Board, Canada’s main economic agencies. The intrusions forced the Finance Department and the Treasury Board to disconnect from the Internet.

March 2011: South Korea said that foreign hackers penetrated its defense networks in an attempt to steal information on the American-made Global Hawk unmanned aircraft, provided to Korea as it considers whether to buy the aircraft.