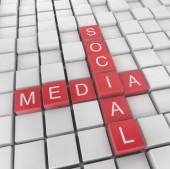 Earlier this week, I wrote an article about the unexpected dangers of photo-tagging having real life consequences for people.

A few more stories emerged this week that raise questions around social networking, privacy and punishment.

One of these reports comes from Sydney Morning Herald (SMH) where an embarrassing video was posted on YouTube to punish a fellow student for stealing a laptop.

Online backup software installed on a stolen laptop allowed 18-year-old student and rightful owner, Mark Bao, to remotely and secretly record this video. Bao subsequently posted the video on YouTube, showing the young thief trying out some dance moves in the privacy of his home.

The thief responded to this giving Bao a written heartfelt apology, returning the laptop and begging for the video of his private dance to be removed from YouTube. At the time of writing, the video has received almost a million views.

The question is do two wrongs make a right? Stealing is wrong. We all know that. The thief has not faced any changes as yet, according to SMH. And perhaps now with the embarrassing video out there, the authorities might feel that he has been punished enough.

But should the victim Bao be punished for his retributive actions? As the video was taken remotely by Bao on his own laptop, the university spokesperson said that no action is likely to be taken against Bao.

For the case of argument simplification, let’s ignore the theft for a moment. Does this mean that anyone is allowed to record what they like without consent and post it up for the world to see so long as they use their own equipment?

Is this not the same as some pervert putting a webcam in someone’s house without permission? Or perhaps it is similar to a hotel recording and publishing what goes on in its hotel rooms?

This specific stolen laptop story gets sniggers because many of us feel feel that the thief deserved what he got. The story of a victim fighting back in a unique and entertaining way is a popular one.

But this isn’t the wild west. We have laws to punish the bad guys out there, and perhaps we should be careful about welcoming this type of precedent. I am not sure I am comfortable with anyone handing out punishments at will.

Using social media as a punishment tool has some unexplored consequences. The short term effect in this case is to embarrass the crook who stole the laptop. But could it have much longer term impacts?

Everything on Facebook should be relevant and personalized to you, including ads. Social ads pair an advertiser’s custom message with actions your friends have taken, such as liking a Page. This personalized experience gives you the power to tell friends what you like, and to see what they like.

Why anyone would volunteer their face to help a company sell a gizmo or service is beyond me. Don’t people normally get paid when they endorse something in an ad?

It would seem a lot fairer to me if there was also a dislike button, but unfortunately, this model seems to only allow you to give something a thumbs up. Facebook gives you the “power” to tell your network when you endorse a product advertised, but not if you think it is a bit, well, crap.

Now the good news that if you don’t like this feature, you can ensure that it is turned off. Go to your Account Settings page, and click on the Facebook Ads tabbed page, and ensure that the option “Allow ads on platform pages to show my information to” displays “No one”.

If you want to block social ads completely, you can scroll down the page to the option “Show my social actions in Facebook Ads to” and and select ‘No one’ as well.