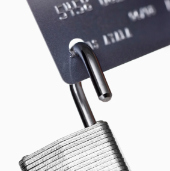 Imagine handing over your debit card to pay for some purchases, only to find that your card has been declined. Embarrassed, you dash over to your local branch, and it is swarming with people who have had the same thing happen to them.

Nightmare. And this is exactly what happened to Christy Clark, Bank of America customer in Detroit.

She told Local 4 news “When I entered the branch, that’s when I realized this was a bigger problem.”

While Bank of America flatly denies that it has been victims of a breach, news reports say the incident accounts for $100,000 USD in fraudulent debit transactions.

While Bank of America attempts to isolate the incidents and figure out just what happened, they are looking into third-party locations as possible breach avenues. In the interim, the bank is blocking and reissuing the cards in reported cases.

Bank of America is not a member of The Payments Authority in Michigan, which means that the incident is likely to be handled internally.

Bank of America customers would be wise to review their statements to ensure nothing is amiss.