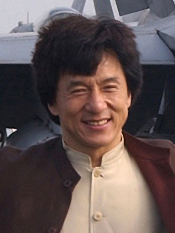 Twitter users are being bombarded with messages suggesting that Jackie Chan has met his tragic end.

For the last several hours “RIP Jackie Chan” has been a trending topic, with many people helping the spammers spread their messages. It appears to be a crude attempt to use Twitter users to boost the SEO of some spammy websites.

While the URLs have been shifting around, they are all obviously garbage once you arrive and there is no further attempt to convince you that something horrible has happened to Mr. Chan. It appears the whole idea that Jackie Chan is no more started out as a bit of a joke. The two primary spambots that seem to be tweeting it out now likely picked it up from someone else’s feed.

There is a large quantity of spambots involved in this scheme, and by selecting the words “RIP Jackie Chan” they’ve made it popular enough for it to become a trending topic.

If you look at the screenshot, you can see that the spambots are integrating several other trending topics of the moment, such as #honestly.

I expect Twitter is working on shutting down all of these spambots, but in the meantime don’t click any of these links. While they are non-malicious at the moment, this could change at any time.

Update: Jackie Chan’s team has posted a message to his Facebook wall assuring fans that he is fine and preparing for his next film.