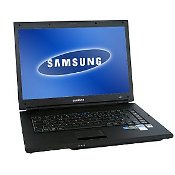 Update: Fortunately the answer appears to be no. (We have published more on this topic here and updated this article). It appears this was all a misunderstanding. Samsung has issued a statement saying the confusion was derived from the installation of the Microsoft Live! application suite. When the Slovakian language is installed it creates a folder called C:\Windows\SL which is the same folder name as is used by the StarLogger application.

Update 2: We have posted more information with what actually happened in a follow up article.

He confirmed that yes, Samsung did knowingly put this software on the laptop to, as he put it, “monitor the performance of the machine and to find out how it is being used.”

Update: Cnet.com is reporting that they looked at a Samsung series 9 and did not find the keylogging software. This could indicate it is only being installed on one series (R), or in fact Samsung is not behind its installation.

4 comments on “Is Samsung intentionally shipping laptops with keylogger/spy software?”