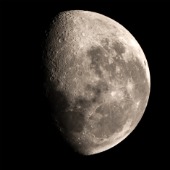 There has been a large amount of press in the last few days regarding lizamoon. The following code was injected into a large number of websites:

At the time of writing, various other domains are being used, not just lizamoon.

The script that is loaded from the compromised web pages redirects the user to a malicious site. Ultimately, the attack is intended to infect users with fake AV (scareware). The distribution sites used typically use the “.cc” (Cocos Islands) or “.in” (India) TLDs.

SophosLabs have been monitoring these attacks and have protected customers in several ways:

Additionally, detection for web pages injected with the malicious script element has been released today as Troj/Badsrc-L.

Current scope of the problem

If you do a Google search for:

you get a large number of hits.

This frightening volume may be a little misleading, since the total is inflated by occurrences of the following HTML within the compromised web pages:

As you can see, the injected code has been escaped in some cases, rendering the injection harmless.