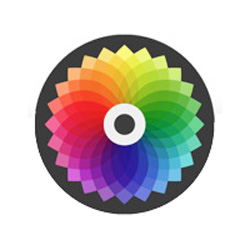 In late March the Color app – for iPhone and Android smartphones – exploded onto the tech headlines with much hoopla over the astonishing $41 million poured into the startup by investors.

What’s that? You haven’t heard of Color? It’s a new app that helps you share mobile photos. But unlike existing social network apps, every photo you take is public – accessible not just to those you consider your friends, but also to anyone who is in your proximity.

Well, that’s not necessarily a problem in itself – after all, most people’s Twitter accounts are also public, meaning that anyone can read what I just tweeted – if you’re sensible and understand the implications of what you are doing.

But, unlike the likes of Twitter, Color is worthless unless you are willing to share your location information – as it uses that information to determine what other photographs taken nearby by fellow Color users to share with you.

To be fair to Color, they’re pretty up-front about the lack of privacy and do suggest that if you don’t like it then you shouldn’t be using their service. We share your Content with others. Sharing Content publicly with others from different locations is what this App is about. If you find this objectionable, please consider not using our App or Site.

But could there be another fly in the ointment for social media fanatics sharing their pictures with nearby strangers via Color?

One thought that sprung to my mind when I first heard about Color was the possibility of image spam and abuse. If the app shares images taken by fellow Color users around you, would it be possible for some unscrupulous spammer to attend a popular event and, say, share an inappropriate image to all the Color users in the vicinity?

Just imagine, bopping away at the Justin Bieber concert and all of a sudden your Color app pops up something quite unsavoury, or an image encouraging folks to buy Miley Cyrus CDs instead, or linking to a malicious webpage.

It’s unclear how well policed Color’s panoply of images will be, and what protection will be in place to prevent spammers filling up the galleries with junk.

Certainly I would like to hear more about how Color plans to prevent abuse of its systems, to prevent cybercriminals taking advantage.

Hmm. But maybe we don’t have to worry that much about the possible privacy concerns of Color, and how spammers might abuse the service.. After all, it’s had some terrible reviews on the AppStore.

And influential commentators such as Robert Scoble and the BBC’s Rory Cellan-Jones both bemoaning that with nobody else in their vicinity there’s no point in using it, it’s possible that this is one app that isn’t going to live up to its hype.

Color clearly caught investors’ imagination, excited about the potential in mobile photo sharing already demonstrated by other apps like Path and Instagr.am, but it will have to find a way of generating real interest from many users if it is to become a real player in the social networking space.

If it achieves that success we’ll certainly be taking a closer look at Color, and its attitude to privacy and spam.

4 comments on “The Color iPhone app, privacy, spam and hype”