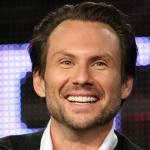 Tonight, TV network FOX will be launching an ethical hacker comedy called ‘Breaking In’. From everything I see online about it, it sounds like, FINALLY, we have a show that gives you true insight into the world of cyber security and penetrative testing.

1. They are all good-looking in that ‘can-you-tell-I-live-in-Hollywood’ way.
2. They are armed to their perfectly straight pearly whites with witty one liners.
3. They have really high-tech swanky work digs (why have one screen when nine will do?)
4. They don’t just stick to cyber hacking, but they also pick locks, steal cars, etc.

This is *exactly* what it is like in my industry. Really. In fact, if you meet all the above criteria, why not apply for a job at Sophos?

They have launched a few trailers as well as dipped their toe into the social media swamp to generate some excitement about tonight’s debut.

After I checked out this little interactive nugget, one does hope that Breaking In, which stars the middle-aged Christian Slater, is a little more original than a sexed-up game of hangman.

I am probably being too harsh. Perhaps comedic fluff is exactly what we need after a great number of TV tech dramas that take themselves really seriously. They have done this for almost all professions, so why not computer security?

And ‘Breaking In’ is not the first bizarre cybercrime/television pairing. That would have to be when Spencer Pratt announced that he was turning his back on producing reality shows to make a life fighting cybercriminals?

But I digress. If you do end up watching ‘Breaking In’, send us a comment and share your thoughts.

7 comments on “Is Hacker TV sitcom a true reflection of computer security industry?”