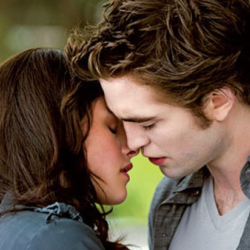 Facebook users are finding themselves tagged in their online friends’ photo albums, in an attack seemingly targeted at fans of the “Twilight” teen vampire romance movies.

As well as Facebook photo albums, users are also being tricked into “Liking” the scam links.

Play Twilight: Breaking Dawn
Be the first of your friends to play the awesome new Twilight game on Facebook!

If you click on such a link then you will be taken to a Facebook page which to all intents and purposes appears to be promoting an online game, being used to market Twilight Breaking Dawn. But if you click on the button marked “Play Now” then you will be clickjacked into saying you “Like” the link, thus spreading the link virally to your Facebook friends.

If you’re running a protection against clickjacking, such as Firefox add-on NoScript, then you will be warned – but most people are probably unaware that the page has secretly claimed that they like the game, even though no game has yet been played! The scam doesn’t end there, however, as that would simply spread the link without earning any money for the ne’er-do-wells behind it. Of course, if you’re a fan of “Twilight” you will quite possibly grant permission without thinking. The only problem being that this isn’t a legitimate application request, but being done by a rogue app which wants to make money out of your devotion to the works of Stephenie Meyer’s series of novels.

Predictably, with the ability to now post to your Facebook account, the scammers now present the final piece of the jigsaw: an online survey which earns them affiliate commission for each person who completes the questionnaire. You will note that the survey deliberately presents itself in a convincing Facebook style, which may trick some users into believing that it is legitimate.

It seems that fans of Twilight are only too easy pickings for Facebook scammers, judging by the large number of reports from affected Facebook users we are seeing today.

Hat tip: Thanks to Naked Security reader Drew who was the first (of many!) to tell us about this scam.