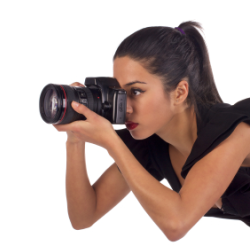 Are you in the habit of having complete strangers email you naked pictures of themselves?

That’s the only reason I can think of that you can legitimately explain why your computer has been infected by the latest malware attack that has been spammed out around the world.

Users are seeing messages in their inbox, which attempt to trick recipients into opening the attached file with the promise of a nude photo.

I love wild sex and looking for a discreet partner.
I have my picture attached to this email. Take a look at it and get back if you like what you see.

and have the subject line “my naked pic is attached”.

Sure enough, there is a file attached to the emails (it’s called picture.zip) but it isn’t a potential sex partner who is contacting you. Instead, the attachment contains a fake anti-virus attack – designed to con you into believing that your computer has a barrage of security problems, and fool you into handing over your credit card details.

Sophos products detect the fake anti-virus as Mal/FakeAV-JO and the ZIP file as Mal/BredoZp-B.

Hopefully most people will think with their brains and not with their trousers, and not be tempted into opening the attachment. However, experience has shown that even a malicious attack as obvious as this is likely to capture some unwary computer users.

3 comments on “My naked pic is attached – malware spammed out”